Back in 2010 we carried out a year of Dignity in Homecare Awareness here at Michael Phillips Care Agency, we were able to use the life history of Gwenda to help us promote dignity awareness in Denbighshire. This year, we’ve been speaking to all our client’s and Gwenda who is now 83 years of age, has allowed us once again to add to her experiences by including her responses to our What Matters to Me questions on our website. We ask all our client’s these same questions which are then included in their individual support plans. Since 2010 Gwenda has added to her previous history of ill health. Gwenda has become less mobile having had a number of falls due to vertigo. She now has daily medication to control her dizziness which has helped to enable her to remain living in her own home independently with a little weekly support.
It’s very important to remember that every elderly and vulnerable person living in our communities have been through so much more than we have and deserve to be seen, listened to and included to enable them to feel worthwhile. Gwenda is just like you or me, but over time she’s suffered a mild stroke back in 1990, is hard of hearing, visually impaired and has osteoporosis as well as now suffering from vertigo. Gwenda still tells us “Remember, one day you’ll be just like me”
Read the questions below to find out what Gwenda has to say in 2016.
Life history so that we can understand what matters to Gwenda.
Gwenda was born in 1932 in Bangor. She tells us that it was around the time of the depression and that her father was a Greengrocer, but he didn’t have a shop; he used a horse (named Sally after a Gracie Fields song) and cart. She lived with her family in Birkenhead and her brother and she were evacuated to Ewloe in the War in 1939 because of the bombings. She was in one house and her brother was next-door. Then her brother and her were moved to live with her mother’s sister in Aber , North Wales in the countryside next to the beach and a railway line. The first night there both her and her brother dived under the table because they thought that a passing train rumbling, was a bomb. Her whole family then returned back to Ruthin in Wales and her mother worked in an ammunitions factory.
Gwenda later trained as an SRN and she married a Policeman in December 1953. She told us she suffered lots of miscarriages but had two daughters; she had to move around a lot as a policeman’s wife. Her husband passed away in 2001 and she moved to Rhuddlan to be closer to her daughters.
We asked Gwenda for a little bit of information about her family, friends and visitors to her home?
She told us she has no family left apart from her 2 daughters and 3 grandchildren, her father, mother and two brothers died of heart disease. Her next-door neighbours are very good to her and she has looked after their Budgie in the past. Gwenda sits in the front garden and she has a little cat that comes to visit her for a cuddle. People who are passing by stop and have a chat with her as well which she says is nice. She has a friend called Betty who is 90 and they used to go on Voel coach holidays, but she doesn’t see her that often as she does not drive anymore and Gwenda chose to stop driving when she was 75 due to her slow reactions, but they do both still talk on the telephone.
We asked Gwenda for extra information about What matters to her such as her likes, dislikes etc
Gwenda told us she loves watching television and she is able to set the recordings for anything that she may miss. She enjoys Emmerdale, Coronation Street, Doctors and she loves films and especially chocolate éclair cakes but she told us she does have to be careful with her diet.
She enjoys painting and writing about her life story and her time whilst she was nursing especially. She used to get patients cutting up pieces of gauze, which then could be re-used as they were sterilised back then, not like today. She told us she used to use rubber gloves and they were glued so they could re-use them as well. Gwenda also enjoys going into the garden and feeding the birds.

We’ve omitted some privacy content as discussed with Gwenda before publication on our facebook page and website.
The interview with Gwenda was held on 3rd June 2016 in the presence of her daughter.
7th June 2016. 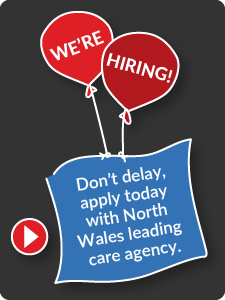 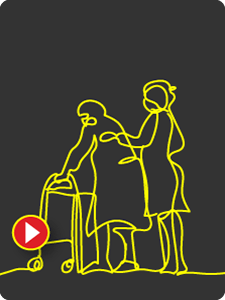 How Michael Phillips
can help you.

Looking for a Care
Provider? This is what
you need to know.

Do you have a question about Care?

If you are a prospective new client, or looking at possible hospital discharge, change of care provider or a past client wishing to return to our services due to recent ill health, please read the following information.

To ensure that you can utilise our award winning services, whether you are a private client or otherwise, please RING US DIRECT for more information, and we will be able to to tell you if we have availability  and at what times. If you want our service provision , we will do our utmost to provide you with the availability you require.

Lovely gift of thanks

In Remembrance of Sue….